Last week, I posted a widely read and discussed interview with Rabbi Ethan Tucker. This week, I will be posting several diverse responses.  Today’s response is by Dr. Malka Simkovich, who first points out a different set of Rabbinic texts than Tucker used, ones that talk about the family, mothers, and feminine qualities. She also points out the practical issues. Then she reaffirms the need for more female voices in the discussion.

Malka Z. Simkovich is the Crown-Ryan Chair of Jewish Studies and Director of the Catholic-Jewish Studies Program at Catholic Theological Union in Chicago. She earned a Ph.D. in Second Temple Judaism from Brandeis University. She has an M.A. degree in Hebrew Bible from Harvard University and a B.A. in Bible Studies and Music Theory from Stern College of Yeshiva University. Her research focuses on universalist Jewish literature that was written in the late Second Temple period. She recently published  The Making of Jewish Universalism: From Exile to Alexandria (Lexington Books, 2016). She is currently completing a book on Second Temple Judaism that will be published by the Jewish Publication Society.

This response is not about the distinction between leadership and minyan, rather seeks to open the discussion to a broader range of issues.  I note that this essay, in contrast to Tucker’s, speaks more of system then values, responsibility than what God wants, and more about the family and private space than ritual space. 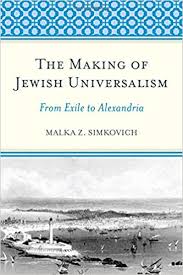 What do Observant Jewish Women Want?

Rabbi Tucker’s arguments rest on his conviction that the essential biological difference between men and women did not interest the early rabbinic formulators of halakhic practice. According to Tucker, the rabbis did not see an innate difference between genders that led them to put foundational proscriptions for men and women into place. Instead, Tucker notes, halakha was once motivated by interests in preserving “class and power.” Now that women’s positions of class and power have changed, halakhic practice must change too.

The assumption that halakha was formulated based on interests in preserving class and power is where Tucker and I disagree, and this disagreement may have substantive ramifications. If Tucker is correct, then one may naturally (and correctly, I think) argue that we need to look within the halakhic system to make changes that accommodate the changes we have seen in women’s social standing. But I don’t think any of these categories—biology, class, or power— is the main driver of the halakhic system. I think the rabbis were more concerned with preserving a stable social organism that depended on a traditional family structure with a husband and wife at the core.

Innumerable statements in rabbinic literature testify to the rabbis’ sense of responsibility when it comes to protecting and nurturing familial stability. When the rabbis ruminate in Genesis Rabbah 17:2 on what living without a wife can be compared to, for example, they are not praising a wife as one would praise an obedient servant or dutiful employee. Rabbi Joshua’s statement that a man who has no wife “lives without goodness, assistance, blessing, or atonement,” or Rabbi Levi’s statement that a man who has no wife is “without life,” can certainly be read through feminist lens that highlight the male-centricity of the rabbinic psyche, which perceives the religious experience mainly through masculine lenses. But these statements should also be appreciated for how they underscore the rabbinic belief in the cosmic necessity of marriage, the foundational connection in the marital relationship that lays the groundwork for everything else that is blessed and good.

Even the mandate in Tanakh to honors one’s parents, which is so developed in rabbinic literature, has the familial ideal in mind.  When we are told in the Talmud (b. Kid. 31b) that Rabbi Tarfon bent down so that his mother would step on him to more easily get in and out of her bed. In the story, Rabbi Tarfon physically and psychologically lowers himself to honor his mother, to allow her the senior status that her motherhood invites–and demands. We are told in the same passage that when Rabbi Joseph heard his mother approaching, he would say to himself, “I will stand before the approaching Divine Presence.” What accounts for the extreme acts of respect that these rabbis paid their mothers? It seems that underlying the emphasis on preserving and honoring parents, especially mothers, is an acknowledgment that they have had a hand in the divine act of human creation. The very act of determining how family units should live and function, moreover, required the rabbis to acknowledge how vital women were to the social system that they were creating.

Much of halakha regards family law and is based on, or hopes for, community units that comprise family units which comprise individual units. When the family unit is threatened, the halakhic system is threatened. Demanding that both husband and wife participate equally in ritual law, therefore, may have been regarded as threatening to the family unit. I am not arguing that the concept of a stable family unit needs to remain static throughout the centuries, but noting that the ideal of familial stability motivated the rabbis.

Anyone who wonders whether the halakhic system rests on the ideal of a traditional family structure should ask a single or gay friend who affiliates with the orthodox community to relay their experience of seeking to participate in public ritual life. While many congregations are moving towards finding ways to include those who do not participate in a traditional family unit, most orthodox communities are not sensitive to how isolating it is to live as an orthodox Jew outside of a traditional family. Perhaps our goal, then, should be to ask whether we can change the concept of what a stable family unit looks like.

My second point regards Tucker’s argument that he is not seeking to change halakha, but trying to “apply halakhah’s internal logic to a changing reality.” I appreciate the effort to look for spaces in halakha for women to participate alongside men, should they choose to. As the years go by, attending synagogue becomes more of an outsider experience for me. The pain of being on the outside looking in grows more acute, rather than more faded. I want my daughters to have the opportunities to participate in ritual life that I do not have. I am wary, however, of innovators’ claim to be inheriting, rather than innovating.  Yet the rabbis, who revolutionized Jewish law and made it normative, claimed in the first chapter of Abot that they were simply inheritors of an ancient tradition and nothing more. I suppose that there is nothing more “rabbinic,” then, than making major changes and arguing that you’re not making any change at all. Still, I find the insistence that the halakhic system is being preserved here rather than being remodeled unsettling.

One final point. I follow discussions about women’s ritual participation on social media and in print with interest, but also with detached bewilderment. The majority of these discussions are occurring between men, despite the fact that we are fortunate today to have plenty of women who are knowledgeable in rabbinic literature. I suspect that despite their scholarship, many women scholars have not imbued themselves with the authority to engage in these conversations as overseers and protectors of the halakhic system. I’m afraid that the most important question, Freud’s question, gets overlooked in these discussions: What does a woman want?

Unfortunately, this question has already been answered in the Haredi community in a way to shut women out. I’ve been told myself multiple times that if women were obligated to attend minyan three times a day, they would not be able to fulfill this commandment. Women don’t want, so the argument goes, full ritual equity and obligation. Despite the problems with making such presumptions, we must take into account the following question: is your equality my equality? Or is it simply placing a major burden on women, who—let’s face it—are often mothers who are doing the majority of the carpooling, laundry, cooking, and cleaning?

Again, I refuse to use the above questions as a means to justify denying women opportunities. I believe that we should seek (and perhaps create) equality and opportunity within the halakhic system. But I also want to take a step back before we move forward. Has anyone asked women what they want? Certain aspects of equal ritual participation seem intuitive, at least to me. I would love to see women being more active as leaders in the ritual sphere. But I also know that some of my friends who “have it all”—my friends who have small children and big careers—are struggling to get everything done, and struggling to find gratification in every part of their fractured lives. Or maybe that’s just me.

My suggestion, therefore, is two-fold: first, we must put women at the foreground of these conversations. Second, we should increase communal and religious elasticity for both men and women by offering more space for men in the household sphere and more space for women in the public, ritual sphere. I emphasize that this space should be offered rather than required.

As a postscript, I will add that after writing the above comments, I made note of some responses to Tucker’s piece on Facebook.  I want to specifically address Sarah Rindner’s important point there that the experiential aspect of Judaism within the home has always been where women have shone as partners alongside men (and often, I would venture to add, more than partners). Rindner indicates that by emphasizing that Jewish women should practice Judaism alongside men in the public sphere, Tucker actually runs the ironic risk of erasing a particular space that has been made for women to function as educators and leaders. If I understand her correctly, I believe that Rindner’s point correlates with my argument above regarding the rabbinic concern for protecting the family unit.

While I am not certain that Ridner’s point was fully addressed by Rabbi Tucker, I was heartened to see that Tucker clarified in his response that the goal of his book is to “open up possibilities, [and not to] dictate anything to anyone who doesn’t want it.” If this is the case, then I assume he would agree that our priority must now be to bring women into the foreground of this conversation and consider what they actually want. We should also prepare ourselves for the consequences of offering these possibilities, which may be that observant Jewish communities will continue to grow more fractured and less cohesive, as men and women forge new paths in prayer worship which involve women in different ways and employ increasingly varied structures.

I am open to Tucker’s ideas, and appreciate that he is galvanizing an effort to formally include women into the sphere of public ritual. I especially appreciate and enthusiastically agree with his point that “the moment we isolate halakhah from values, the word of God from what we think is right…we create a halakhah that is amoral, valueless and all about discipline.” But I want to hear more from Rabbi Tucker and others about why equal ritual participation is a goal in itself. I would prefer to see equal religious gratification as a goal in itself. This gratification should be used as an umbrella category which can include equal ritual participation, but does not demand it.

This entry was posted in Uncategorized. Bookmark the permalink.